About Our Satellite Programme

The UAE Satellite Programme has been at the forefront of the nation’s steadily achieved mission in the space science and technology sector. MBRSC’s strategy has been to focus on scientific innovation and technological progress to advance knowledge-based progress in this greater national goal.

In 2006, MBRSC was entrusted with the development of the UAE’s first satellite and a team of Emirati engineers was deployed to South Korea as part of a knowledge transfer programme. Over the next decade, working hand in hand with South Korean experts, the MBRSC satellite engineers designed and manufactured the country’s first nanosatellite, Nayif-1 as well as its first two observation satellites, DubaiSat-1 and DubaiSat-2, which were launched in 2009 and 2013, respectively.

In October 2018, the launch of the first 100% UAE-designed and manufactured Earth observation satellite, the highly sophisticated KhalifaSat, was celebrated as a historical milestone. KhalifaSat cemented the country’s position amongst the world’s leading space technology manufacturers and its role in actively contributing valuable satellite imaging data to human progress.

On the ground, the UAE’s satellite spacecraft operations are conducted by Mission Control Centre (MSC) at MBRSC’s headquarters in Dubai. MBRSC plans and operates the missions, monitors and commands the satellites, and also receives, processes and distributes the satellite imagery for analysis. 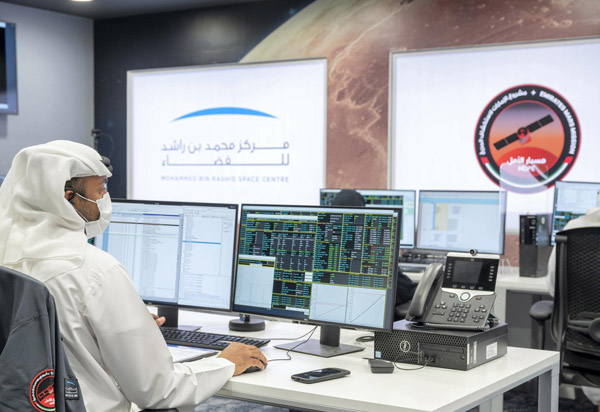